So I'm gonna wrap up this year by taking you along for a pretty useless software trip. First of all a big shoutout to Magne Ganz over at Multiconsult for inspiration and introducing me to Meshlab which is an opensource 3d mesh software. Quite neat little thing! Magne has used meshlab for both making a mesh from images via recap 360 and also for importing .pts files to topography in Revit via Dynamo. 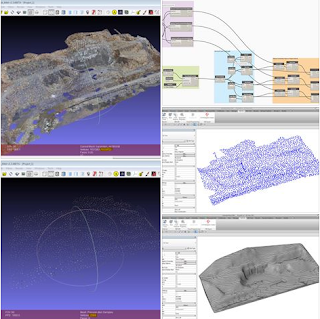 But enough serious stuff. Ever wanted to import your daughter's Santa Claus into Revit as a generic family? Yes? Well, look no further:

Photos
First off, take a lot of pictures. Minimum recommended is 20, but preferably even more. In this example I took about 40ish.

Recap 360
Then when all the pictures are transferred safely to your hard drive, go to https://recap360.autodesk.com/ , log in and upload your photos. then let Recap do the magic for you. Which images Recap uses are dependent on the quality of your photos and even your lighting. If some photos are not usable you are given the option to manually stitch them together with the rest. 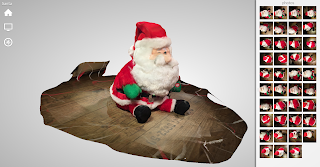 Go back to your dashboard and you get the option to download a .obj file amongst others.

Meshlab
On to Meshlab, open it up and open your obj file, you'll get the mesh and the textures as well 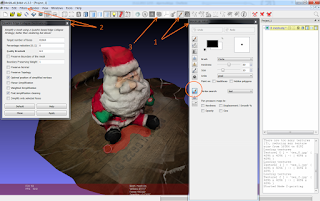 Then I did the following:
1. Clean up. There are many ways to select vertices and faces in meshlab, but the brush is probably my favorite for now. When you have selected the faces you don't want, just press delete.
2. Filter. After cleaning I reduced the number of faces from about 160000 to just 4500 using one of the many filters in Meshlab called Quadric Edge Collapse Decimation. Don't know if it's the best, but it worked quite nicely.
3. Close any holes and make the mesh watertight.

In wireframe, good ol' Santa now looks like this: 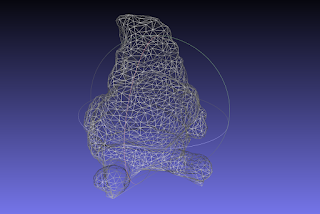 Save the mesh as an .obj file once again, and spark up: 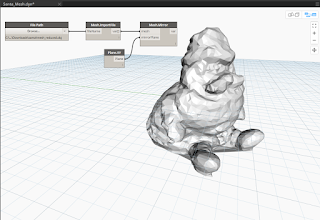 The reason for mirroring is just because my Santa was upside down..

Santa no longer got any textures, though. So I thought I would give him some by doing a little slope analysis on him.
(Mind you that the Mesh.Triangles node below WILL slow down your script pretty much. And that's why it was necessary to reduce the number of faces originally outputted by Recap.) 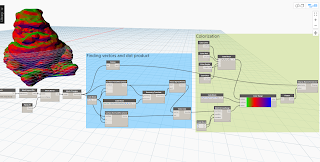 Well, then there is just one more thing to do, convert to solid and import to Revit as a generic family:

Change the material and you got yourself a concrete Santa! (A little different scale, but what the heck..) 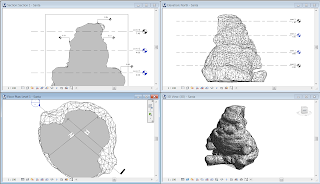 Now, if I just had a concrete 3d printer..